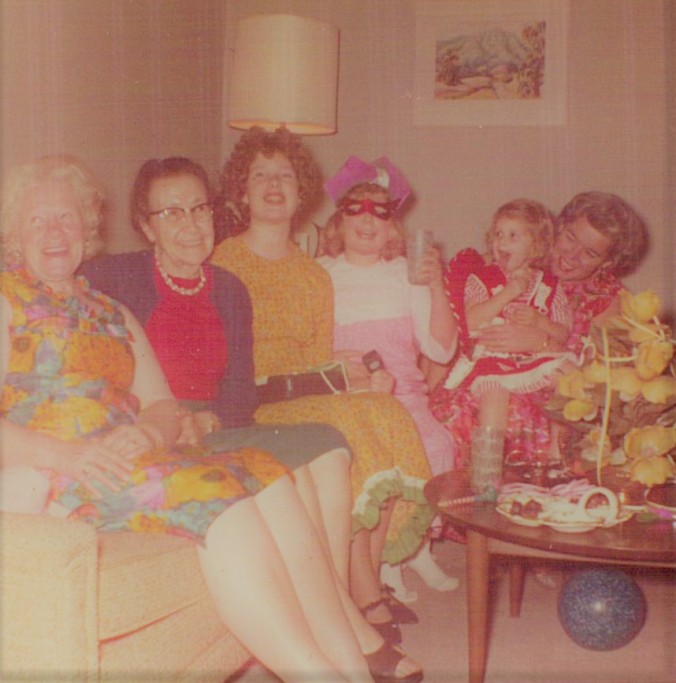 Four years ago, Greg and I created a guilt -free home.

Now before I go on, let me just say that there are different types of guilt.  There is the good type of guilt; the one that prevents you from making disastrous choices that might deeply hurt someone else or yourself. That type of guilt is necessary, it’s like a warning siren.  It’s also short lived once you realize its time to change course. The guilt I’m talking about is that never ending, negative, feeling of failure type that we add to ourselves.

Notice I didn’t say it’s guilt that others make you feel. I really believe that no one can “make” you feel guilt.  They can drop hints about how you should, in their opinion, be doing something else than you are currently doing, but I think it’s still a choice as to whether a person buys into someone else’s thinking.

So, back to that self-imposed guilt.

Even though I had a great life, my focus was on all of the places and ways I just didn’t measure up.

Sadly though, I hear the same thing coming from a lot of other people.  So much sadness, and for what?

Things changed for me when I realized that none of my loved ones felt I was failing.  They loved me just as I was and had absolutely none of desire for the crazy perfection that I expected from myself (I also had just tripped over a really big box of junk and scraped my hands and knees- but more about that later).

I was just fine. So then why was my head trying to convince me of all this negative junk?  I needed to figure that part out and find a way to stop it. I thought about what these messages had in common. And aside from them being overtly negative, they were also based in a lack of self-confidence. I worried about what others were thinking about me. I looked inwards and saw flaws.  If I had looked outwards, the view would have been different. I noticed also, that a lot of these messages were related in some way to my home life. And that made sense. I love my home, but at the time, I just didn’t like being there.

It wasn’t always like that.  When I first bought my place I had so much fun decorating it and making it cute. I loved it and loved just coming home. What changed? A lot!

My first husband decided to move on about the same time I bought my little house.  He stayed a short while, then packed a bag and caught a train east.  Literally! He had brought everything of his when we moved to the house then only took one bag when he left. It’s hard to start over when you are surrounded by someone else’s stuff. It took a while, but I finally got clear direction from him about what to do with his things. When that was cleared out, I got back to making my house my home.

Then, a few years later my sister died. I inherited everything in her jam-packed home and three storage units as well as a 16-year-old nephew. The nephew was a bonus and a joy; he still is. But it was more change. I spent a lot of time clearing out my sister’s stuff, packing up a U-Haul truck (twice), and carting it 250 miles to my place. For a good 6 months, much of her things were under several tarps in the yard because my house was packed.

Then, my mother passed away. While she wasn’t a hoarder, like my sister, there was still a ton of stuff I needed to make decisions about.  In the end, it was just easier to move it to my place, so I could sort on my own time.

I had many yard sales to get rid of things.  But there was still so much stuff left over that I kept.  Not because I loved them, but because I thought I had to keep them. I saw those things as a legacy and getting rid of them was impossible idea. I thought I would be betraying my family by discarding their things.

Then I met Greg.  He brought so much joy and feeling to my life. When he moved in though, he came with his things. Most went to a storage locker, but a lot came to the house.

My little happy house had become sad and choked.

The thing is, because I accumulated everyone belongings in stages, I didn’t realize how bad I felt. I was also struggling with just being mad that I was the one who was stuck making choices about the things other people collected. It wasn’t my stuff! Slowly, over the next couple of years, I felt more and more sad; more and more buried; and more and more guilty. But now, along with the stress of keeping my family’s things was the sadness of not having a home with Greg that was just “our” home.

I finally reached a breaking point when I tripped one too many times on a box of my sister’s “stuff.”  I lost it. Thankfully though, that was when I found Marie Kondo’s book, The Life- Changing Magic of Tidying Up.

I guess I was just ready, because her description of just having things in your home that sparked joy really resonated. I loved the idea of selecting things to keep rather than just getting rid of the clutter. When I looked at things that way, it was empowering. Once I started sorting, I didn’t stop.  It took 9 months, but the change in my life, and in our lives, was amazing. As I accepted what things I loved, and that had meaning for me, the guilt started to dissipate. I was able to face the fact that I didn’t have to love or keep my family’s leftovers.  The home I was trying to create came to the fore front. I still struggled with some sentimental items at the end, but guilt never came back. Greg and I focused on making our home, ours. It’s a place now where we can grow and love and grow some more without setting limits.

For me, the all of the guilt and pain was buried in the clutter. Clearing all of that stuff out and keeping only things that support my life now, really was life changing. But it was hard.  I had to give myself permission to put myself first. I know part of my guilt came from feeling like I was last the last of my family and I had to shoulder the legacy. I felt guilty about still being here while my family was gone. I had to be brave enough to reclaim my home and my life. I took awhile for me to really understand that we are given one life, and it’s a gift.

I realize that not everyone who is struggling with guilt is buried in clutter. Maybe it is a bad relationship, or job. Maybe we do things we don’t want to do because someone has asked us to it, and we don’t want to face hurting their feelings. Maybe we have buried our hopes and dreams so someone else can have theirs.

Whatever the reason, I will tell you this: It’s okay to put yourself first.  It’s okay to take the time to focus on your dreams and make them happen. It’s a life affirming and joyous thing to embrace yourself and discover who you are and what you really want.

Of course, we all have loved ones to care for and who need things from us. But it is a two-way street. You are no less valuable then anyone else. In fact, when we hide who we are, we are preventing our loved ones from experiencing our uniqueness.

So, I hope, as 2019 goes forward, you’ll be able to live fully and without the feelings of failure or regret for not being everything you think you are supposed to be. And that if you are feeling guilty about parts of your life, you know that it’s okay to examine and let go of those areas that just don’t work for who you are now.

Know that you are fine as you are and it’s wonderful to embrace the life you want.